After a devastating fire the cottage underwent a complete refurbishment by owners Alex and Cheryl Reay. Now completed, the annex is a luxury holiday rental in an idyllic setting – available for hire throughout the year.

On December 13th 2004 Alex and Cheryl were relaxing at home like any normal couple – Cheryl was in the bedroom and Alex was watching TV. Alex heard a loud crack coming from the loft and on investigation he discovered that the thatched roof was on fire.

Unfortunately, the thatch had to be removed before the fire could be extinguished, and as with many thatch fires, removing the thatch demolished the roof. Little more than a shell remained. Within the hour, Alex and his nine month pregnant wife, Cheryl, were homeless.

Three days later, Biba ‘Pheonix’ Reay was born, along with Alex and Cheryl’s ambition to rebuild the cottage that the family had loved so dearly. They went on to learn the traditional crafts they needed to restore the cottage to its former glory; completing a full renovation including some major improvements.

As seen on Channel 4

The rebuild was filmed in its entirety for Channel 4’s flagship television series Grand Designs; and the show aired in March 2007. Grand Designs presenter, Kevin McCloud, was impressed with the challenge that Alex & Cheryl had decided to undertake. Transforming a burnt out 17th century cottage into a beautifully modern, yet traditional, home.

The team at Channel 4 were so delighted by the reaction of the British public that they decided that the film crew should return to Dairy Cottage once more. Grand Designs Revisited was filmed in Spring/Summer 2008 and was aired in April 2009.

Grand Designs presenter Kevin McCloud made the following comments after the filming of the renovation.

This is the story of a phoenix rising from the ashes… There are a hundred ways to rebuild a house like this – and of course, Cheryl and Alex chose the hard way; the route that was financially crazy, creatively challenging and that took in repair and craftsmanship… and a lot of brave architectural ideas as well. And you may think of architecture as being sleek and shiny, but actually, the way that this place resonates to its own history – it responds to its setting, to its own re-birth, thanks to the dedication and passion of the people who own it – that lifts it from its very humble origins and really does take it into the realms of proper architecture. 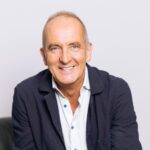 I absolutely loved everything about this house, literally everything. I can’t stop talking about it. Thank so much!

I loved many of the details on this build, particularly the thatched roof… Great to see something restored and not just bulldozed as many would have been tempted to do.

I hope it has bought you all of the joy and passion that it took to rebuild your home. Are you still letting? I would love to know so that I could slip away for a lovely winter weekend with my very fine girl.

A wonderful example of a phoenix rising from the ashes.
So well done Cheryl & Alex. You made effort look effortless.

If you are interested in learning more about the rebuild of Dairy Cottage you can watch the episode of Grand Designs and read more about the project on the Channel 4 website.

IMPORTANT  NOTICE: Please contact us directly to finalise price and available dates. Due to variations in school holiday dates, we will supply a total price for your stay upon application.